​Ms. Slenn is a native of Philadelphia and received her early training at the School of The Pennsylvania Ballet. She continued her studies at The Centre de Danse Classique with Rosella Hightower, Cannes, France; Harkness House, New York; The Joffrey Ballet, New York; and Interlochen Center for The Arts, Michigan.  Ms. Slenn’s transition from dance student to aspiring professional produced an invitation to train with the Joffrey Ballet. While dancing as a trainee, Suzanne was asked to join Pennsylvania Ballet as one of a select group of dancers for their newly established Pennsylvania Ballet 2. During her time with the ballet Ms. Slenn danced many roles, both classical and contemporary, with Pennsylvania Ballet’s parent company and second company. Invited to join NBC Entertainment Corporation, Suzanne danced numerous corps, soloist, and principal roles in the company’s vast repertoire. Ms. Slenn toured the United States, Canada, Mexico, Australia, Hong Kong, Singapore, and Thailand in a variety of Equity productions.

Upon returning to New York, Suzanne accepted a request to perform as a soloist and featured artist with Edward Villella and the New Jersey Ballet. She went on to return to Pennsylvania Ballet where she began her conversion from dancer to teacher. After retiring from performing, Suzanne enjoyed a long tenure as a faculty member of the Shirley Rock School of the Pennsylvania Ballet where she choreographed a wide variety of works appearing in the school's repertoire. Appointed Regional Director and Ballet Coordinator for Rock School West, she rendered her services as teacher and choreographer. Ms.Slenn also holds the position of Adjunct Associate Professor of Dance at the University of The Arts where she teaches ballet technique, pointe, and repertoire. She also serves as Faculty Advisor overseeing choreography for the Student Composition Course. In 1999, Ms. Slenn was invited to join the faculty of Bryn Mawr College and continued that collaboration until establishing her own school in 2004. She can still occasionally be seen on stage performing character roles for The Pennsylvania Ballet. 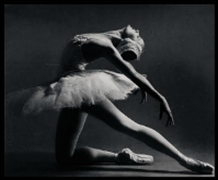 At 13 Ms. Reffner decided to put her primary focus on ballet and attended the Washington School of Ballet, in Washington D.C., where she trained with such world renowned teachers as Lupe Serrano, Patricia Berrend, Rudolf Kharatian and Mary Day. She would then spend her summers at the School of American Ballet in NYC and the Chautauqua Institute, dancing with their Festival and professional ballet companies. While finishing up her last years of schooling Ms. Reffner was awarded with the Maryland Distinguished Scholar in the Arts Award, a Level I award from the National YoungArts Foundation and the highly prestigious Presidential Scholar of the Arts award which won her an invitation to perform for and meet President Clinton.

After graduating high school Ms. Reffner started her professional career with the Washington Ballet, where she had the opportunity to work with Ms. Suzanne Farrell and perform in the Kennedy Center’s 25th Anniversary celebration. She then moved on to work for Paul Mejia at the Fort Worth Dallas Ballet in Texas where she performed several soloist and principal roles. Later, Ms. Reffner moved back to the east coast to work with the Pennsylvania Ballet in Philadelphia, again having the opportunity to perform several soloist and principal roles. Some of Ms. Reffner’s favorite roles included the Siren in George Balanchine’s Prodigal Son, the Swan in Chris Wheeldon’s Carnival of the Animals, and Coffee in George Balanchine’s The Nutcracker.

Ms. Reffner retired from the stage in 2010 and has been a part of the Philadelphia Studio Ballet faculty ever since. She brought the Cecchetti method of ballet to the studio in 2014, the only studio in the Philadelphia region to work with the well established technique. Between teaching her classes Ms. Reffner can be found enjoying her free time with her husband, fellow dancer/teacher, Rick Callender and their two daughters.

Felicia Cruz
​
Felicia started dancing when she was three at the Dolly Haltzman Dance Academy Allentown, PA under Dolores Haltzman, Jennifer Haltzman-Tracy,Maurice Brandon Curry and Gloria Govrin. She went on to train multiple summers at the Rock School in Philadelphia, and at Richmond Ballet of VA, where she was on scholarship. In 2002, she received an internship to study at Steps on Broadway in NYC. She graduated from the University of the Arts in 2010, obtaining her BFA in ballet with an emphasis in performance. A few of her performing highlights include; "Shut up and Dance" with the Pennsylvania Ballet, touring "Crossroads" with Jette` Performance Company,  performing lead roles in"The Nutcracker", and "Dracula" with Repertory Dance Theatre , "Tell me what's next" by Mathew Neenan", ''I spiral into water" by Kate Watson-Wallace, "Threw the Wake" and"Caged", a solo, both done by Meredith Raniey. From 2010 - 2013 she was a member performing with Carbon Dance Theater under the direction of Meredith Rainey. She is a founding member (2008) and currently performing with DanceSpora. In 2011 she was promoted to assistant artistic director with DanceSpora.

Since then she has risen to resident choreographer and has set original works on the company, one of which, "For Tranquility's Sake", was selected to be performed at Jacob's Pillow Dance Festival in summer 2012. She has also had the opportunity to enter her choreography into the Star Power.
Sydney Donovan

Sydney Donovan is a proud graduate of the University of The Arts. In May of 2019 she received her BFA under the direction of Donna Faye in the school of dance. Sydney started dancing at the of age two in New  Jersey and then moved her training to Philadelphia by becoming a member of the Koresh Youth Ensemble at age thirteen. Sydney studied Franklin Method under the mentorship of Shannon Murphy for the past eight years. She has also studied the movement language of Gaga under Batsheva Dance Company at the first ever program at Jacob’s Pillow led by Bret Easterling and Ohad Naharin, as well as at the company’s home studio in Tel Aviv, Israel. While in Israel she also studied with Noa Wertheim and Vertigo Dance Company in their Eco-Village. Back in the states Sydney has trained with Gallim Dance Company, Kun-Yang Lin/Dancers, Koresh Dance Company, Or Schraiber, Troy Ogilive, Elia Mrak, Alexandra Wells, Ami Shulman, and Saar Harari. She has performed works by Bobbi Jene Smith, Milton Meyers, Sidra Bell, Paul Matteson, Zoe Scolfield, Doug Varone, Jesse Zaritt, Asya Zlatina, Roni Koresh, Melissa Rector, and Evalina Wallis Carbonell. Sydney has performed with the Philadelphia Opera in Turandot under Renaud Doucet. She is currently working with Lilach Orenstein, Indigo Sparks, Yoshito Sakuraba, Paul Matteson, along with Hillary Pearson and her company “Wear your Feelings”.